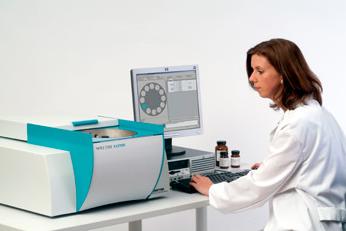 In 2015, the elemental analysis instrument market will reach 68.34 billion U.S. dollars. International brands will increase their competitiveness through frequent mergers and acquisitions.

The largest market for international elemental analysis instruments is the US market, followed by the European and Japanese markets. The most powerful companies are located in developed countries such as the United States, Japan, Germany, the United Kingdom, and France. In recent years, horizontal mergers and acquisitions among major international brands have occurred frequently, further increasing the market share of these multinational giants and strengthening these international giants. The competitive advantage.

China's elemental analysis instrument should be highly integrated with production, study and research

What is the innovation of elemental analysis instruments? Refers to breaking through the traditional concept, and foreign countries can't think of what we thought of, and foreign countries can't do what we did. This is innovation. What is frontier? High-tech, high capital investment, foreign countries just started is the forefront. Such as: gene chips, ultra-micro biochemical instruments placed in the human body, on-chip laboratories, bio-macromolecules active spatial conformation measurement instruments, and nuclear magnetic resonance, advanced mass spectrometry and other sophisticated instruments. In this regard, there is a wide gap in our country. Therefore, we must pay attention to, participate in, and make technical reserves. We must continue to do what we can, and scientific research institutions must make great efforts to catch up! Innovation and cutting-edge technologies should currently be based on scientific research institutions in the four-in-one team of production, research, and research. Enterprises actively participate, but innovation, cutting-edge, and foundation must all take the path of integration of production, learning, research and development.

Previous: A new generation of air detection instruments come out