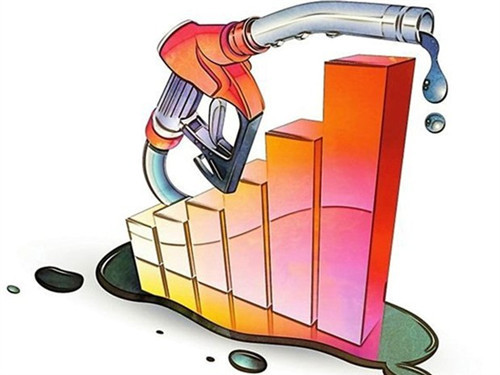 After entering this pricing cycle, the international oil price under the influence of various sources has shown a turbulent trend as a whole, resulting in a lower volatility in the average price of crude oil in the current cycle compared with the previous cycle. Affected by this, the rate of change of crude oil continued at a positive low.

Affected by this, the change rate of crude oil measured by Zhuochuang Information fell to 1.13%, and the corresponding price limit of refined oil was increased by 45 yuan/ton. Zhuo Meng, an information analyst at Zhuo Chuang, said on the China New Energy Channel: â€œAlthough there is still one working day, the rate of change in crude oil will increase sharply tomorrow, as the decline in futures prices will reflect the price higher than the spot price one day later. The possibility of a rise is extremely small. Because the price adjustment rate of RMB 45/ton cannot meet the necessary conditions of RMB 50/ton as stipulated in the pricing mechanism of domestic refined oil products, the price adjustment of refined oil products in the domestic market this week will suffer the first time during the year.â€

It is reported that in accordance with Article 6 of the "Administrative Measures on Oil Price (Trial)", the price of gasoline and diesel will not be adjusted this time, and the unadjusted amount will be added to or offset during the next price adjustment.

With the further tightening of oil price expectations, the domestic refined oil market has a strong wait-and-see attitude and prices have fallen. Sun Yujun, Analyst of Zhongyu Information, believes that short-term international crude oil may hardly rebound, and the current average spot price of crude oil is significantly lower than the benchmark price of the current round of valuation cycle. The next round of the initial cycle of pricing will see the market appearing a downward adjustment of over one hundred yuan. expected. Under the influence of the high operating rate of refineries, the overall domestic supply is plentiful. It is expected that the domestic refined oil prices will continue to decline in the later period, and the overall buying and selling atmosphere will hardly pick up.