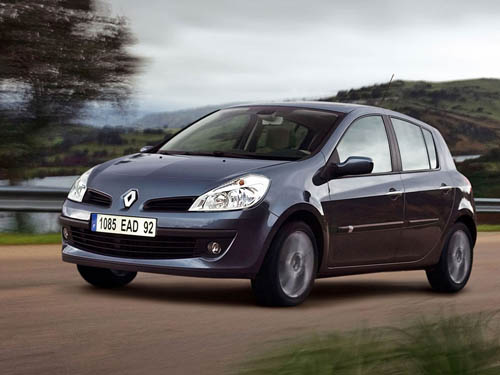 The eight brands will soon compete in the auto market in China. The number of auto brands in China is already the highest in the world. However, the auto brands are still on the rise. Red Flag, Shanghai, and Beijing brand cars are scheduled to come back. Subaru, Jaguar Land Rover, GAC Fiat and GAC Mitsubishi are anxiously waiting for domestic production. The number of new joint-venture brands is innumerable. As the world's largest auto market with an annual sales volume of 20 million cars, is the opportunity in the Chinese market still as large as it is? We give the upcoming eight key car brands: Renault, SEAT, Citroen DS, Subaru, Infiniti, Jaguar Land Rover, Fiat, Mitsubishi and others to see if there are still opportunities for these newcomers.

There is a serious oversupply of car brands. Newcomers to the auto market can be divided into four categories: new entrants: SEAT, Chery Viewfinder, FAW Oulang, and Citroen DS.

II: Imported vehicles into China, but not yet domestic: Renault, Fiat (including Jeep, Chrysler), Mitsubishi, Infiniti, Subaru, Jaguar Land Rover, Lexus and so on.

Four: comeback: including Hongqi, Shanghai, Beijing and so on.

The above-mentioned eight brands are only representative of the â€œlatecomersâ€. In fact, the number of cars that want to enter the Chinese market is far more than this. The preliminary statistics are at least 20 or more.

Although China has become the world's largest production and sales market with more than 18 million vehicles, the number of auto brands is also globally dominant. According to statistics, currently there are more than 100 auto brands in the Chinese market, and more than 500 models. Coupled with these newcomers, Chinaâ€™s auto brands are too numerous to mention. Some brands are not only unclear to consumers, but even those of us in the automotive industry are hard to remember. How do we sell to consumers?

Compared to the mature markets in Europe and the United States, China is in a situation of serious oversupply of brands. In addition to the three major automobile companies General Motors, Ford, and Chrysler, the US market has only a few Japanese and Korean brands and a few European car brands. In Europe, where annual production and sales are tens of millions, European brands dominate the market. Outsiders are also Only a few Japanese cars and Korean cars are difficult to access. With the development of the Chinese auto market, it is inevitable that the survival of the fittest will eliminate some of the weaker brands and show stronger players. The space for existing weak brands is getting smaller and smaller, let alone the â€œlatecomersâ€.

The explosive growth period of the market has passed the market scale of 20 million cars in the Chinese auto market. It seems that the market is large. The key is that you can live HOLD?

In the case of explosive growth in 2009 and 2010, the market is an opportunity. As long as it is a car, almost all of the products can be sold. By 2011, the growth of the auto market has returned to normal, with only 2.45% of the total area, and the growth rate is 13 years. lowest. This also means that the future automobile market will enter a low-speed state, and even do not rule out negative growth, opportunities are less and less, the auto market participants really entered the competition time. Take a look at last year, some factory year-end awards can be made 27 months salary, some even a penny, and even the loss of the company struggle to survive.

Subdivided into the A-class and B-class markets, there are dozens of models in this range, respectively, and the days are nourished by the top few models. It is very difficult to kill them. The luxury car market above the C-class car looks very limited. The only real competitors are Mercedes-Benz, BMW and Audi. The sales of these three vehicles in the country last year reached 750,000, which almost monopolized the 80% share of the domestic luxury car market. Great tendency to eat.

The remaining Lexus, Volvo, Cadillac, Infiniti, Yangko, etc., can only grab less than 20% of the share. Luxury cars that pay attention to the brand effect are very different from other cars. Not everyone can do it. It takes a long time for the accumulation of brands. It has become the worldâ€™s fifth-largest giant Hyundai-Kia, and it still cannot be distinguished in the luxury car field. A cup of soup.

High-growth luxury cars do not have the opportunity to enjoy. Then there should be a play in the SUV market where the brand is not so particular about the high-speed growth! Yes, the SUV market sold nearly 1.5 million vehicles last year, a growth rate of more than 20%, and the fastest growth in all market segments. But to eat this "fat" is nothing less than Audi Q5, Highlander, CR-V, Tiguan, ix35, RAV4, Haval, BYD S6 and less than ten models, more models can only play soy sauce character of.

Even more frightening is that this year there are nearly 20 new SUVs listed, the future competition is no less intense than the A-class car, B-class car, it is increasingly difficult to get a slice of the SUV.

The degree of industry concentration will increase. In addition to the small space, even the policy will not be beneficial to the latecomers. The relevant state management departments also seem to have seen too many car brands. Recently, the State Council issued the "Industrial Transformation and Upgrade Plan (2011-2015)" (hereinafter referred to as the "Planning"). The "Planning" clearly requires that the concentration of the automobile industry should increase from 82.2% in 2010 to 90% in 2015. This is after the Deputy Minister of Industry and Information Technology Su Bo previously listed the automotive industry as the first of eight key industry mergers and reorganizations, the official once again listed the merger and reorganization of the automotive industry as the first place in the industry consolidation.

As a large-scale production industry, the concentration of the automotive industry is not the first mention. As early as in 2009 when the State Council promulgated the â€œAuto Industry Adjustment and Revitalization Planâ€, it put the merger and reorganization of the automobile industry on the agenda. The management once led the Changâ€™an integration of Hafei and Changhe, and Changâ€™an also promoted this to the automotive industry. A legion, and earlier SAIC integration of Nanjing Automobile reinforced its position as a â€œfirst brotherâ€ in the country, which gave great encouragement to latecomers.

Analysts said that the degree of industrial concentration has increased from 87% to 90% in 5 years, and the increase in the 3% share is not difficult. If there is administrative force involved in the integration of the automobile industry, as long as any two of the top 15 auto companies merge, they are very There is a chance to complete this task, so it is not ruled out that there will be another "M & A drama."

For these latecomers, the wise choice is to look for "top ten" as collaborators.

Coping strategies: To develop a new blue ocean, it seems that the luxury cars and SUV markets with more market space are not as well mixed as possible. It is even more difficult to obtain space in other market segments. The "latecomer" is best able to develop a new blue ocean market like the Buick GL8, CR-V, Audi Q5. The market is stable and profitable.

GL8: Shanghai GM has dominated the domestic market in the past 10 years. There is a model that cannot be ignored. It is the MPV Buick GL8. Even in the most difficult of Shanghai GM from 2007 to 2008, GL8 still struggling to maintain the Buick brand. And profits. In today's slammed Shanghai GM, GL8 does not even need any promotion, but the market position is unshakable, although its sales are less than the fraction of Excelle. Some people even said that it opened up a GL8 market segment because GL8 has almost no rivals, and the closest Odyssey is more suitable for home use, GL8 is suitable for public business, and other slightly upmarket cars cost more than 500,000 yuan. Not even GL8 is so comfortable.

CR-V: Assuring himself with the overall interests of Dongfeng Honda alone and even making sufficient profits for the company. There will be no penny cash concessions for the currently-sold models, and CR-V will be the only model that will last five years. Since its advent in 2004, it has struggled and even been ridiculed. By 2005, it won the market sales championship to open up a new market for urban SUVs. Today, this market has already sold over a million cars each year, adding one more competitor each month to CR-V. Sales will increase by 1,000 cars. How terrible the strong ones are!

Audi Q5: Just like CR-V pioneered the urban SUV market, the Audi Q5 has also created a new world for the luxury SUV market, and has contributed to Audi's leading position in China. The guest who was invited to the â€œDesign Salonâ€ in the newspaper was asked how When it comes to the most desirable SUV, almost all of the answers are Audi Q5.