Last year, the number of official vehicles used by central government agencies decreased by 1,442, a decrease of 37%. This year, the State Administration of Management will study the issue of exposing the energy use of various departments to the public by referring to the practice of publicizing the "Three Publics" funds.

The bus fuel indicator will track inspectors. In the near future, the State Administration of Management will verify the completion of the 2011 energy-saving target of the central government agencies, and conduct energy audits on the departments with a large amount of energy consumption. He Changjiang said that in the next step, it will decompose and release the department's oil, electricity, and official vehicle oil use indicators for 2012, and every quarter should track and monitor the completion of relevant energy-saving targets. In accordance with the relevant provisions of the "Regulations on the Openness of Government Information," the State Administration of Management will also refer to the practice of publicizing "Three Publics" funds to study the issue of exposing the use of energy by various departments to the public, and gradually change the working mechanism of energy conservation and resources from that of advocacy and guidance. Strengthen incentives and constraints.

The establishment of 2000 conservation-oriented public institutions, He Changjiang, said that this year, the State Administration of Management will work with the National Development and Reform Commission to implement the State Councilâ€™s â€œ12th Five-Year Plan for Comprehensive Energy Conservation and Emission Reductionâ€ and the â€œ12th Five-Year Planâ€ for energy saving in public institutions. The Ministry of Finance initiated the construction of 2000 demonstration units for conservation-oriented public institutions. Implement comprehensive reforms such as energy saving, water saving, and new energy use in the offices of the central government agencies to achieve the transition from single or sub-item implementation to systematic advancement of energy-saving reforms. Through the creation of energy-saving pilot demonstration projects, we will promote each in a planned and step-by-step manner. Departments and all units of the construction of a conservation-oriented office area.

In terms of strengthening water conservation and comprehensive utilization of resources, the State Administration of Management will continue to promote the creation of joint water-type units in the Central Government. By the end of this year, all agencies will build water-saving units.

steel wheel, aluminum wheel, production materials and equipment.Car tire is one of the important parts of the car, it is in direct contact with the road, and car suspension together to ease the impact of driving the car to ensure that the car has a good ride comfort and ride comfort; to ensure that the wheels and the road there Good adhesion; improve the car's traction, braking and passability; bear the weight of the car, the tire plays an important role in the car more and more people's attention.

Early use of wooden or iron car wheels, car suspension structure is not perfect, coupled with poor road conditions driving, despite the car is not high speed, but still bumpy worse. The advent of rubber tires is a prerequisite for the further development of automobiles. Tread rubber has improved the performance of the pattern, thus opening up the history of tire tread pattern and increase the width of the tire cross-section, allowing the use of lower internal pressure to ensure better cushioning performance. 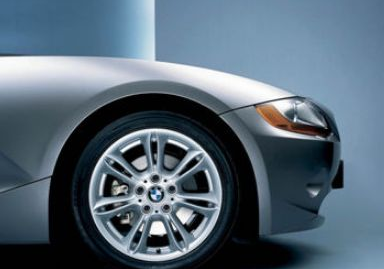 Next: How can a fastener company transformation be difficult?