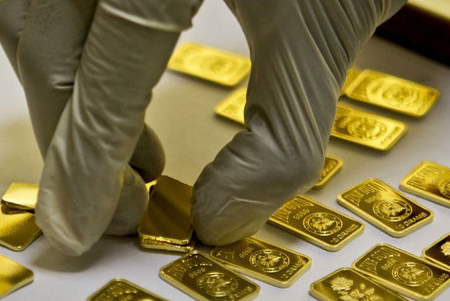 According to reports, in the 19th century, King Tho dreamed of Indian prophet, claiming that there were 1,000 tons of gold underground in the old Indian palace. After the prophet told Prime Minister Manmohan Singh, the Indian experts recently excavated archaeological research. It is reported that "if there is something in the underground 20 meters."

The prophet Shaka believes that about 1,000 tons of gold was buried in the underground 20 meters deep of the 19th-century King Singh Palace in Doialla Village, Una'o County, Northern Province. A group of experts from the Indian Archaeological Institute instructed to excavate two crypts. According to reports, the excavator seems to touch something other than soil. The Instituteâ€™s Jodh Hari was responsible for the excavation work. He said, â€œThere is something in the depth of 20 meters below the ground. We couldnâ€™t say that it was a treasure without digging so deep. A group of experts had seen the information was positive. Someone asked us to transport excavation equipment and camp. Indian archaeological research From the 18th onwards will be excavated step by step."

The report pointed out that Shakaâ€™s letter to Prime Minister Manmohan Singh and President of the Reserve Bank of India Laganen mentioned that he had heard in his dream that the spirit of King Singh was still in the palace and summoned him to let 1,000 tons of gold unearthed. According to records, Singh was suspended by British rulers in an uprising in 1857. Shaka also said that officials from the Indian Institute of Archeology and the Institute of Geological Survey of India started construction in the first week of this month. Due to the large area, they could not find the correct location. "I therefore pointed out the excavation points for them."

In addition to the Central Government of India, the Northern Province Government is also very cautious about this matter. Local officials and residents are keeping an eye on the excavation. Local officials said, "I have to camp on it because whatever the underground is buried in, it is the provincial government."