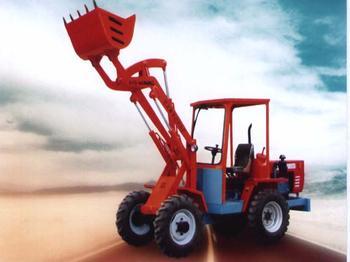 China Machinery Industry Federation recently released a report saying that since the beginning of this year, the machinery industry has continued its weak recovery trend since last year. However, due to factors such as rising costs and overcapacity, the entire industry can hardly be improved. It is expected to show a mild upward trend throughout the year.

Production and import and export situation has improved

Under the pressure of economic downturn at home and abroad, the industry's operating situation is more severe, the machinery industry production and product import and export situation is better, showing a steady development trend.

According to the report, from January to March, the machinery industry completed a fixed asset investment of 585.39 billion yuan, a year-on-year increase of 17.15%, an increase of 3.84 percentage points from January to February. Nevertheless, it is still lower than the manufacturing and social investment growth.

The statistical results of the report further show that in terms of product prices, of the 142 kinds of mechanical products that were counted, the cumulative factory prices of 82 products decreased year-on-year, accounting for 57.75% of the total. Comparing the cumulative price index of March 2013 with the cumulative price index of March 2012, the price index of 101 products was reduced. Among them, products with large fallback rates are: special instrumentation for agriculture, forestry, animal husbandry and fishery (down 18%), other metal wire ropes and their products (down 9.6 percentage points), power station boilers, industrial turbines, modular machine tools, boring machines, and industrial The use of scales, tower equipment, etc. fell more than 8 percentage points. The number of products falling behind and the magnitude of the products are large, which was relatively rare before. However, people in the industry believe that the price fluctuations are usually large in the first quarter. The future price trend needs further observation.

In addition, of the 119 major products of China National Air Lines, cumulative cumulative growth for the first 4 months was 65, which accounted for 54.62% of all reported product varieties; and production of 54 products decreased compared to last year.

Increase in losses due to accounts receivable

Among the 13 industries in the China National Machine Federationâ€™s statistics, with the exception of the cultural and office equipment industry which decreased by 6.12% year-on-year, the accounts receivable of the other 12 industries increased year-on-year, of which the heavy mining machinery industry (22.66%) recorded the fastest growth, followed by Agricultural machinery industry (20.56%), the third is the automotive industry (18.07%).

From January to April, the national machinery industry aggregated 77,612 enterprises, of which 14,087 were loss-making enterprises with a loss of 18.15%.

The fall in the growth rate of investment in fixed assets of the machinery industry, and the continued low growth of finished products in stocks and inventories all reflect the trend of future industry movements will be relatively flat. Luo Baihui, chief analyst of Jinmo Machinery Network, believes that overall, the macroeconomic environment has recovered from last year and the demand situation is slightly better than last year. It is expected that in the next few months, the machinery industry will continue to be relatively stable at the current low level. The speed of operation throughout the year is expected to be slightly higher than last year.

Next: Hubei speeds up the connection of provincial highways